A non-invasive pipe repairing method done with a few steps only. 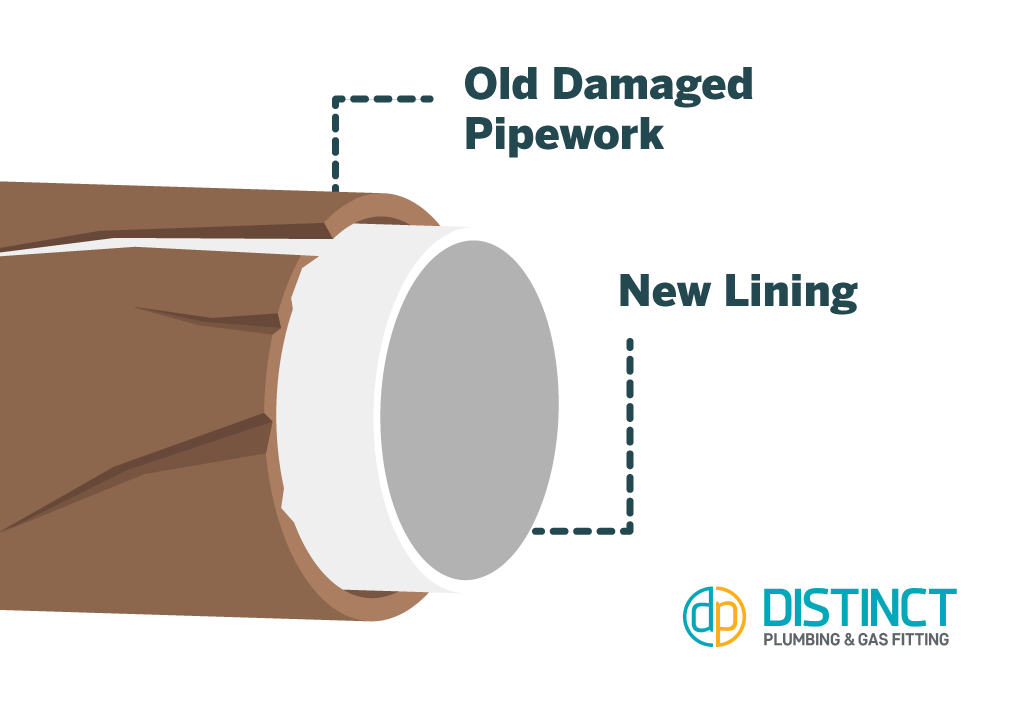 Your Local Experts for Clearing and Repairing Blocked Drains in Adelaide

When you have blocked drains in Adelaide, Distinct Plumbing is the team you can call for fast, friendly and reliable service. We use state-of-the-art technology to inspect drains, remove blockages and repair damaged pipes. When you want the job done right the first time, give Distinct Plumbing a call.

Many factors contribute to drain blockages, and some of them aren’t as obvious as you might think. In addition, some blockages are easier to deal with than others, which is why it’s crucial to call your local Adelaide plumbers to inspect the situation before taking any action yourself.

It’s worth noting that there are two types of household drain blockages. Firstly, you have your normal drain pipes that carry wastewater from your sinks, toilets, showers and baths. But you can also experience blocked downpipes. These pipes are designed to prevent water from building up in the gutters on your roof, and they can become blocked with all sorts of debris such as leaves, sticks, dirt and even bird’s nests.

Let’s take a look at some of the more common causes of blocked drain pipes in residential homes.

Tree and plant roots often grow through even the smallest cracks in your underground drain pipes. This not only causes a blockage but increases the damage to the pipe, encouraging even larger and more persistent blockages. This is one of the most common causes of blocked drains in Australia.

Ground movement can also cause pipes to crack or drop. This can move pipes out of alignment, essentially creating a lip or valley where debris can build up because the water doesn’t flow as smoothly as it should.

Most people are probably guilty of flushing something down the sink or toilet that doesn’t belong there. Hard, solid objects aren’t supposed to go into your drain pipes, and when they do, they can easily become lodged. When this happens, a larger blockage can easily form around the object.

Whether from pets or humans, hair is never good when flushed down a drain. It tends to ball up easily and can get hooked on tiny cracks or other objects in your pipes. From there, the mass of hair continues to grow, causing a complete blockage of the pipe. 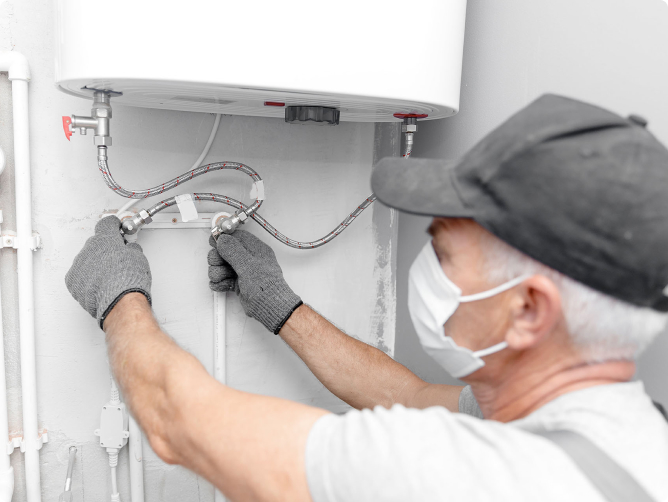 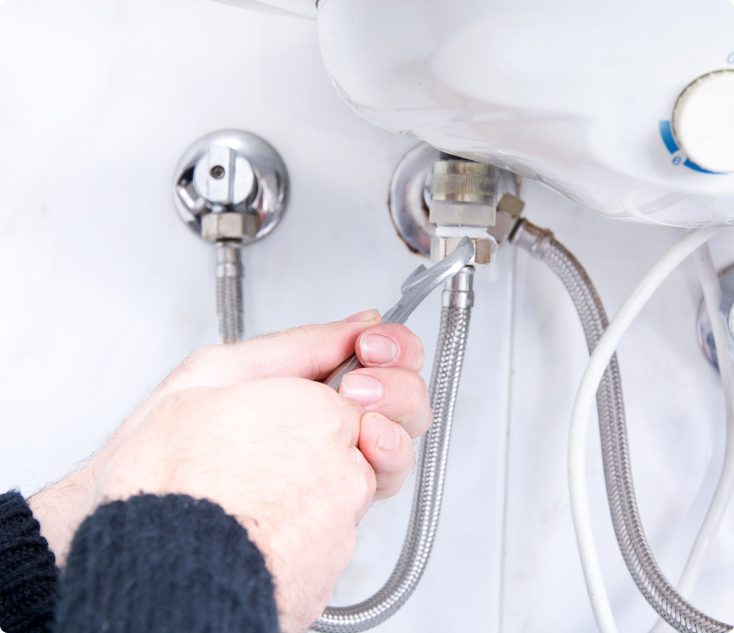 Signs That You May Have Blocked Drains

Not all drain blockages are obvious, and of course, with most of your pipes being concealed underground or even in the walls of your home, issues are rarely visible to the naked eye. However, there are still some tell-tale signs that you may have a blocked drain.

Here’s how you can tell if it’s time to call a plumber in Adelaide to check for blocked drains.

When your pipes are working as they should, sinks and bathtubs should drain away quickly and easily when you remove a plug. If you notice that sinks are taking a long time to drain completely, it’s a good sign you’ve got a blockage. Another sign is if a sink starts filling up when you run a tap, and the plug isn’t in.

Foul Odours in Your Home

When drains are blocked, wastewater doesn’t drain correctly and sometimes gets pushed back into your sink. Even if the water doesn’t back up, stagnant water pooling in your pipes creates an unpleasant smell that you’ll notice all through the house.

Noises Coming From Your Pipes

Blocked pipes often create noises when water flows through them. It’s often a gurgling sound because the water isn’t flowing freely through the pipes.

Sinks and Toilets Backing Up

The water can still flow past it when a blockage first appears, albeit more slowly. When a more severe blockage, water can’t get past with any speed, meaning it gets pushed back into the sink or toilet. This creates an overflow situation which can be extremely unpleasant and inconvenient.

Flooded or Waterlogged Areas Outside

If the blockage or crack in your pipe occurs outside, you may notice areas of your yard start becoming waterlogged. This is because water is leaking out through a crack and into the ground rather than continuing through the pipe.

What Happens if I Don’t Get My Blocked Pipes Checked?

Like most maintenance issues around the home, it’s crucial to have blocked drains checked out before they become major issues. Often, catching the problem early will significantly reduce the cost of the repair when compared to leaving it for six months. There are many costly consequences of leaving a blocked drain unchecked, from leaks and burst pipes to flooding and moisture damage.

Stagnant water in your pipes contains bacteria. This stagnant water can be pushed back into your sinks and even into the air inside your home. This can cause many infections and problems for people who suffer from allergies. Helicobacter is one such bacteria, which can lead to the development of peptic ulcers.

When a drain is blocked, one thing that won’t go away is the foul odour. This is because it only has one place to go, and that’s back out through your sink and toilet.

Potential Leaks and Damage to Your Home

A blocked pipe can only withstand the water pressure for so long before it ultimately cracks or bursts. At this point, you risk water spilling into your wall and floor cavities, which leads to mould, rotting timber and other structural damage to your home. Not to mention the smell and the risk of attracting pests.

Flooding in Your Yard

Outdoor underground pipes that become blocked and wither crack or burst can cause flooding in your yard. If this occurs close to timber structures, the damage can be severe.

The Cost to Repair Increases

If finances are your biggest motivation, this is the main reason to get your blocked pipes checked quickly. A simple blocked drain pipe can be repaired easily. But if it leads to cracked or burst pipes, you could be looking at a serious and very expensive repair job. 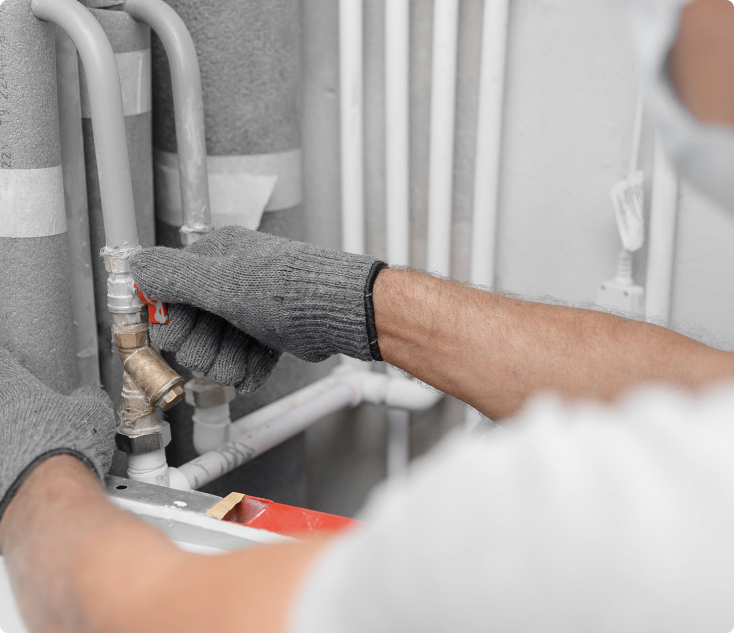 How We Can Help With Blocked Drains

As your local Adelaide blocked drain experts, Distinct Plumbing is available to inspect, clean and repair your blocked drains. We can handle everything from clearing minor blockages to re-lining damaged pipes for long-lasting results. While some major pipe issues require full excavation and replacement, we use non-invasive methods to repair most blocked and damaged drains, ensuring your costs are lower and the problem is fixed much faster. 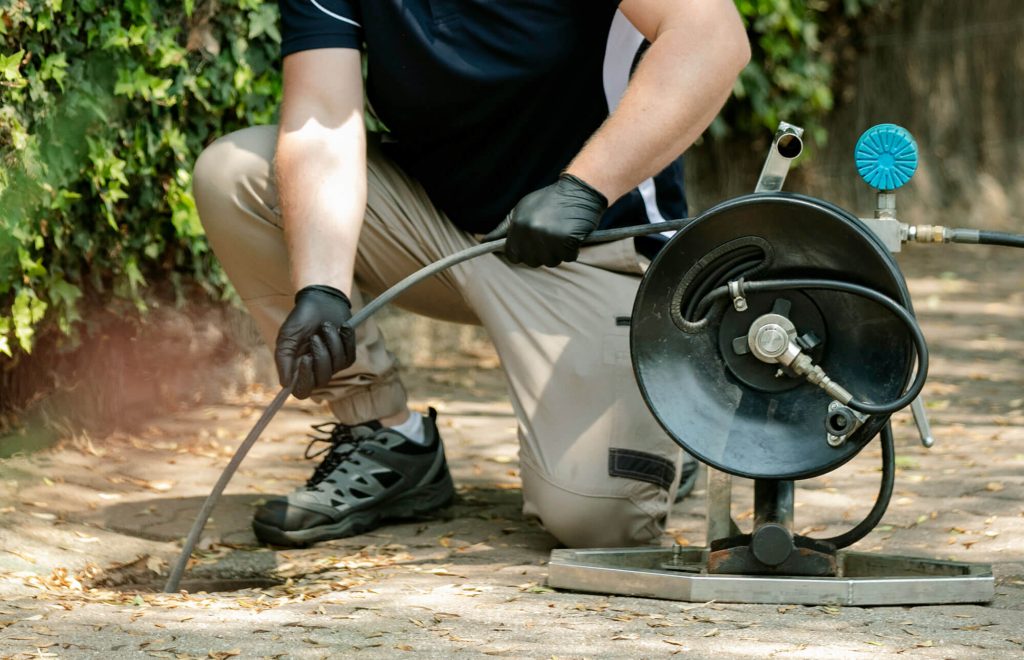 Here’s How We Can Help With Your Blocked Drains

We have a system for repairing a broken or blocked drain underground, without the need for any digging or demolition.

Our first step is to locate the blockage and remove it. For most blockages, even tree roots, a high-pressure hydro water jet machine is used to blast away the offending build-up. This not only helps to remove blockages, but it also cleans the inside of your pipes, removing mineral build-up, which can further contribute to blocked drains.

2. Inspect the Condition of the Drain Pipe

Once the initial blockage is located and removed, it’s time to fully inspect the pipe. We do this using a CCTV drain camera to check for any cracks, splits or other damage to your pipes. While removing the blockage is important, if there are cracks in your drains, another blockage will likely occur in the near future.

If your drain pipes are all intact, the job is done, and your drainage is back to normal!

However, if the damage is located within the drain pipes, we need to assess its severity. Then, unless the drain pipe has completely burst or been damaged beyond repair, we use a re-lining technology to fix your drains. It’s non-invasive, requires no digging, and is certainly less expensive than a full pipe replacement.

Essentially, an internal sleeve is pushed into your pipe to cover areas where cracks or damage are present. The patch sleeve is then allowed to set and harden, creating a permanent solution with no invasive digging.

Once all patch sleeves are set, we conduct a final inspection to ensure everything is working exactly as it should.

Job now complete without any digging, demolition or mess to clean up leaving one very happy customer! 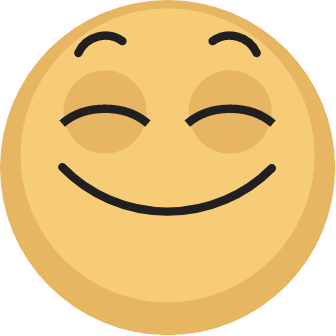 Matthew and his team from Distinct Plumbing must be the best in their business. The attention to detail and communication is second to none. Highly recommended.
Garry Nau
Matt was very quick to respond, very polite and professional. Cares about his customers and is a genuinely good bloke. Will recommend them to anyone and everyone. Thanks Matt.
Kate Howley
Excellent service. Arrived promptly and did a thorough job of servicing our boiler and fixing a gas leak that we did not know we had. Highly Recommended!
Sal Duckworth
Previous
Next

How can we help?

No job too big or too small for our team.
Give us a call and leave the rest to us.